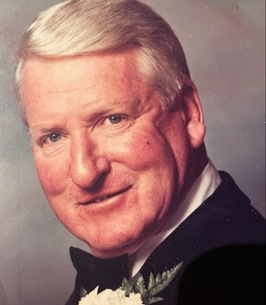 Martin J. Fetzer passed away at home after a brief illness, with his family at his side, on July 26, 2022 at the age of 97. He was born in Queens, New York and served in the US Marine Corps during World War II and the Korean War. Martin retired as a Lieutenant in the NYC Fire Department after 38 years, last serving in Engine Co. 229. He also retired from the United States Coast Guard Reserve as Senior Chief Port Security in 1988. He was predeceased by his wife, Teresa and his son, Joseph. Martin is the beloved father to Patricia and Michael Knapp, Diane and Phil Niddrie, Bernadette and Kevin Caliento and Susan Fetzer, grandfather of nine, great-grandfather of two and loving Uncle to Nancy & Darren Johnson and Lorraine Dennehy.