To share your memory on the wall of Jeanne Wong, sign in using one of the following options:

Print
Jeanne M. Wong Obituary
On Monday February 1, 2021 Jeanne Marcelline Wong passed peacefully
in her sleep at her home in Harrison, NY. She was 87 years old. She was
born in Port of Spain, Trinidad to the late Una Aquan and Egbert Luc... Read More
Jeanne M. Wong Obituary
On Monday February 1, 2021 Jeanne Marcelline Wong passed peacefully
in her sleep at her home in Harrison, NY. She was 87 years old. She was
born in Port of Spain, Trinidad to the late Una Aquan and Egbert Lucien.
Growing up in the islands gave Jeanne a passion for the beach that she
never outgrew, and she loved to bask in the sun and swim in the ocean.
During her teen years she attended a boarding school in Barbados, St.
Ursuline’s Convent. It was a prestigious, structured catholic school for girls
taught mostly by nuns. The days consisted of an early 5am awakening
followed by church, school, sports/activities, study time and prayers before
retiring from the long day. Upon graduating, her class was given a ‘debut,’
a formal debutante ball where governors and dignitaries were in
attendance. This meant Debutante Jeanne reached maturity and was
coming out into society, old enough to be married.
Shortly after graduation the family moved to the United States. She lived in
Scarsdale, NY and worked in a Manhattan department store. She
frequently shared her paycheck with her younger brothers while they were
still in school. Jeanne met Robert C. Wong in Chinatown and they married
shortly after on August 2, 1958. In their early married years they resided in
Manhattan where Jeanne gave birth to two sons, Stephen and Bobby
(Robbie). During this time she attained her hairdressing and cosmetology
license but settled into doing manicures. In 1967 they moved to Clifton, NJ.
Along with being an exceptional homemaker, she took a job at Eleganza
Beauty Salon, which changed owners and became Genesis Beauty Salon.
She ended her career in cosmetology at Liam Nelson Beauty Salon in
Nutley, NJ.
Some of Jeanne’s passions when she was not cooking and cleaning for the
three men in her life were visiting friends and family, bowling, crocheting,
and watching her favorite sport and team, NY Yankees. During their games
she could be heard yelling at the TV, cheering them when they were
winning and yelling at them when they were losing. She daily read the
sports section of the newspaper and knew all the players’ names. She also
loved to go for drives in the car with her friends or family to just get out and
shop.
Jeanne was such an energetic, lively person who cared for everyone who
was a part of her life and she enjoyed being a Nana. She was very
generous, fun loving and a jokester, as she loved to laugh and play jokes
on people. She was a great cook, enjoyed entertaining and having parties,
loved to spend money on decorations for every holiday and she loved to
buy food. In her latter years she found happiness in grocery shopping
almost daily, purchasing food for her family, whether they needed it or not.
If she found out that you had a favorite food or snack, be prepared for an
overabundant supply from her! When it came to food, her generosity had
no limit! Her famous line was “Did you eat? What can I get you?”
Above all Jeanne loved her Lord and Savior Jesus Christ. She would daily
talk to The Lord, pray for family and friends and read the psalms. Every
Sunday she watched two masses followed by ‘her pastor’ Joel Osteen, who
encouraged her with his messages. She would often say, “Don’t worry
about me. The Lord will take care of me.” She never wanted to go to the
hospital and right up until the day before she passed, she said “The Lord
has taken care of me all these years, so when He’s ready He will take me
home to heaven.”
Surviving are her two sons, Stephen Wong and Robert Wong and wife
Kathy; two grandchildren, David Wong and wife Alanna, and Deborah
Wong. Also surviving are her brothers Albert Lucien and wife Joan, Harry
Lucien and wife Ewe Lan, and sister in law, Angela Lucien, along with
numerous nieces and nephews. She was preceded in death by her
husband, Robert C. Wong, sister, Betty Brantley and brother, Trevor
Lucien.
A memorial service will be held on Saturday, February 13, 2021 at the
Harrison Funeral Home, 329 Halstead Ave, Harrison, NY. Visitation will
begin at 11am with a celebration of life service at 12 noon. Immediate
family members only.
Read Less

Receive notifications about information and event scheduling for Jeanne

Consider providing a gift of comfort for the family of Jeanne Wong by sending flowers.

We encourage you to share your most beloved memories of Jeanne here, so that the family and other loved ones can always see it. You can upload cherished photographs, or share your favorite stories, and can even comment on those shared by others.

Posted Feb 05, 2021 at 10:24am
So so sorry to hear of Jeanne's passing, she was a wonderful person and special friend . May she rest in peace ... ~Glenn Radcliffe
Comment Share
Share via: 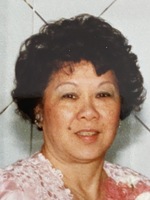 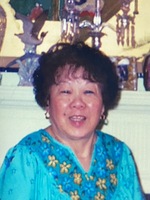 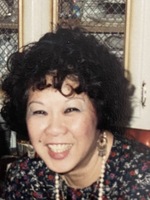 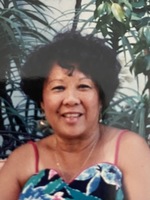