To share your memory on the wall of John Aloisio, sign in using one of the following options:

In lieu of flowers, donations to the Leukemia and Lymphoma Society: www.lls.org
Read Less

Receive notifications about information and event scheduling for John

Consider providing a gift of comfort for the family of John Aloisio by sending flowers.

We encourage you to share your most beloved memories of John here, so that the family and other loved ones can always see it. You can upload cherished photographs, or share your favorite stories, and can even comment on those shared by others.

Posted Oct 13, 2020 at 02:04pm
Our deepest condolences to Claire, Johnny and Victoria at this very difficult time. Reggie always had a smile on his face and a big hello every time we saw him. He will be missed by many. May he Rest In Peace.
Ray, Mary, Jimmy and Emelia
Comment Share
Share via:
WP

Posted Oct 13, 2020 at 12:02pm
Claire, Gabby and my deepest condolences to you, John, Victoria and your families. Reggie definitely was a great man who loved his family and friends with all of his heart and he will be sorely missed. Please know that my support and love are with you and if there is anything I can do, please let me know. Reggie will forever be in your heart and spirit. RIP Reggie. Heaven has another Angel.
Comment Share
Share via:
AD

Posted Oct 13, 2020 at 09:29am
Words cannot describe the sadness I feel since I heard the news about Kid John. He was one of a kind, the most honest and unique person I have ever known. He was a wonderful husband, father, and friend to everyone that knew him. I will miss him dearly and think of him often. Love you Kid.
Comment Share
Share via:
AS

Posted Oct 12, 2020 at 06:58pm
Hi Claire, I am so sorry about Bub's passing. I will always remember how he would sing "Adinaaaaaa" and "Christinaaaaa" when he greeted my sister and I. Hoping and praying for peace for you and your family as you remember him. ❤
Comment Share
Share via:
NS 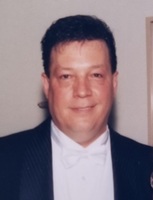